What It Means to Go Greener With the Inflation Reduction Act

In the past couple of weeks, the U.S. Senate has made major headway in addressing global climate concerns. Effective Sunday, August 7, the Senate passed the Inflation Reduction Act 2022 (IRA), which designates nearly $370 billion to climate spending by the end of the decade. The bill passed the Senate after some surprise agreements by key Senate moderates just months after Congress passed and the President signed the Infrastructure Investment and Jobs Act in late 2021. Following the Senate’s approval, the bill now awaits a vote from the House this Friday, August 12.

The National Energy Improvement Fund (NEIF) celebrates the Inflation Reduction Act, as it represents ones of the largest investments in climate and energy efficiency funding in U.S. history. NEIF was founded on the mission of increasing the affordability of energy efficiency improvements, and the IRA’s funding of energy programs, financing support, training grants, and other rebates align with our purpose.

Senate Majority Leader, Chuck Schumer, of New York, and West Virginia Senator, Joe Manchin, initially proposed the Inflation Reduction Act on July 27, with the goal of tackling inflation by reducing energy costs, creating jobs, and decreasing greenhouse gas emissions – as much as 40% by 2030.

Of the $370 billion in climate spending, the IRA includes $9 billion in rebates and training in residential energy efficiency upgrades.

Along with the inclusion of tax credits that incentivize the use of electric cars, efficient HVAC systems, and clean technology, the IRA offers solutions aimed at lowering energy bills and reducing fossil fuel use at home. Such programs include:

As the nation’s only Certified B Corp and U.S. Department of Energy Home Improvement Expert Lender, NEIF looks forward to new opportunities presented for our Approved Contractors and partners in leading energy companies. We commend these next steps and recognize the effort to Go Greener – Affordably. 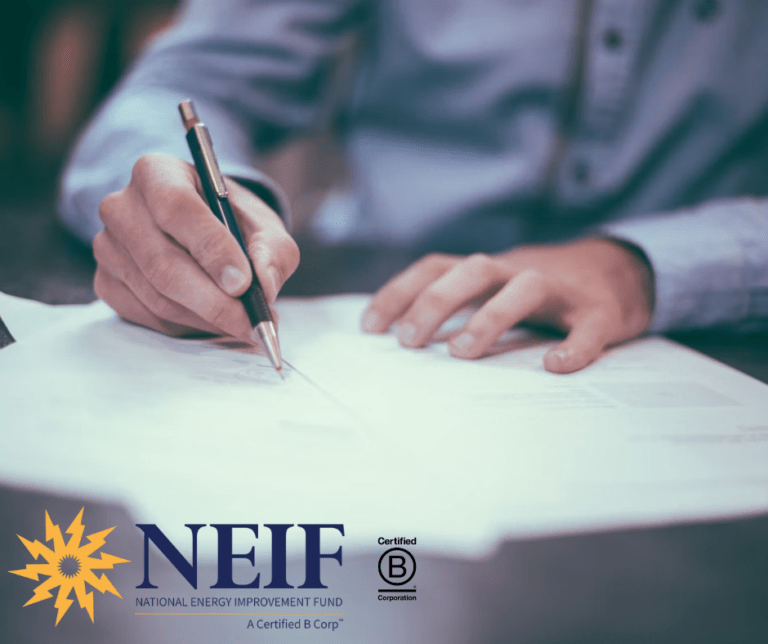