About a week ago I had the opportunity to participate as an invited speaker in a public meeting held by the California Public Utilities Commission. California has ambitious goals to reduce carbon emissions and the Commission believes that financing is likely to play a big part in reaching these goals. The speech I gave reminded me of one that I gave about 10 years ago to the Commission. Similarly, at that time, the Commission had set ambitious goals for energy efficiency and believed that financing would play a big part in reaching that goal. I agreed at the time, placing the cost of reaching the state’s more modest goals of the time at over $20,000,000,000. This time around, I didn’t attempt to put a price tag on the state’s new and more ambitious goals. I agreed with my fellow speakers that the cost would be enormous, and far more than the State could hope to pay for with a simple infusion of utility ratepayer funds.

Rather than focus solely on the size of the investment, I contended that it would be necessary to attract private capital to help the State meet its goals. I took it as a given – as did most speakers – that private capital was required. But the question remains…How best to attract that private capital? What lessons could I offer from the last decade of working to do just that in California and in other states? I focused on a two major themes:

Flexibility: I understand why utility commissions need to be careful about oversight of ratepayer funds; that is their job. However, embarking on a new program that’s at a far larger scale than has been attempted at the state level before isn’t something that can be entirely planned in advance. The Commission needs to set goals, principles, and parameters. Then, the Commission must select program implementers who can work to achieve these goals, but that have the flexibility to make changes mid-course. Perhaps my greatest takeaway from the last 10 years is that to reach large scale investments and to significantly reduce carbon emissions, public resources and private capital are going to need to collaborate and leverage one another. Our history is a bit too full of poor collaborations. What we need now, to reach large scale, is a smart mix of public goal setting, public resources, and, yes, public monitoring and accountability – but done in a way that is flexible and simple enough to attract private capital. 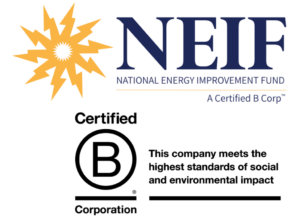